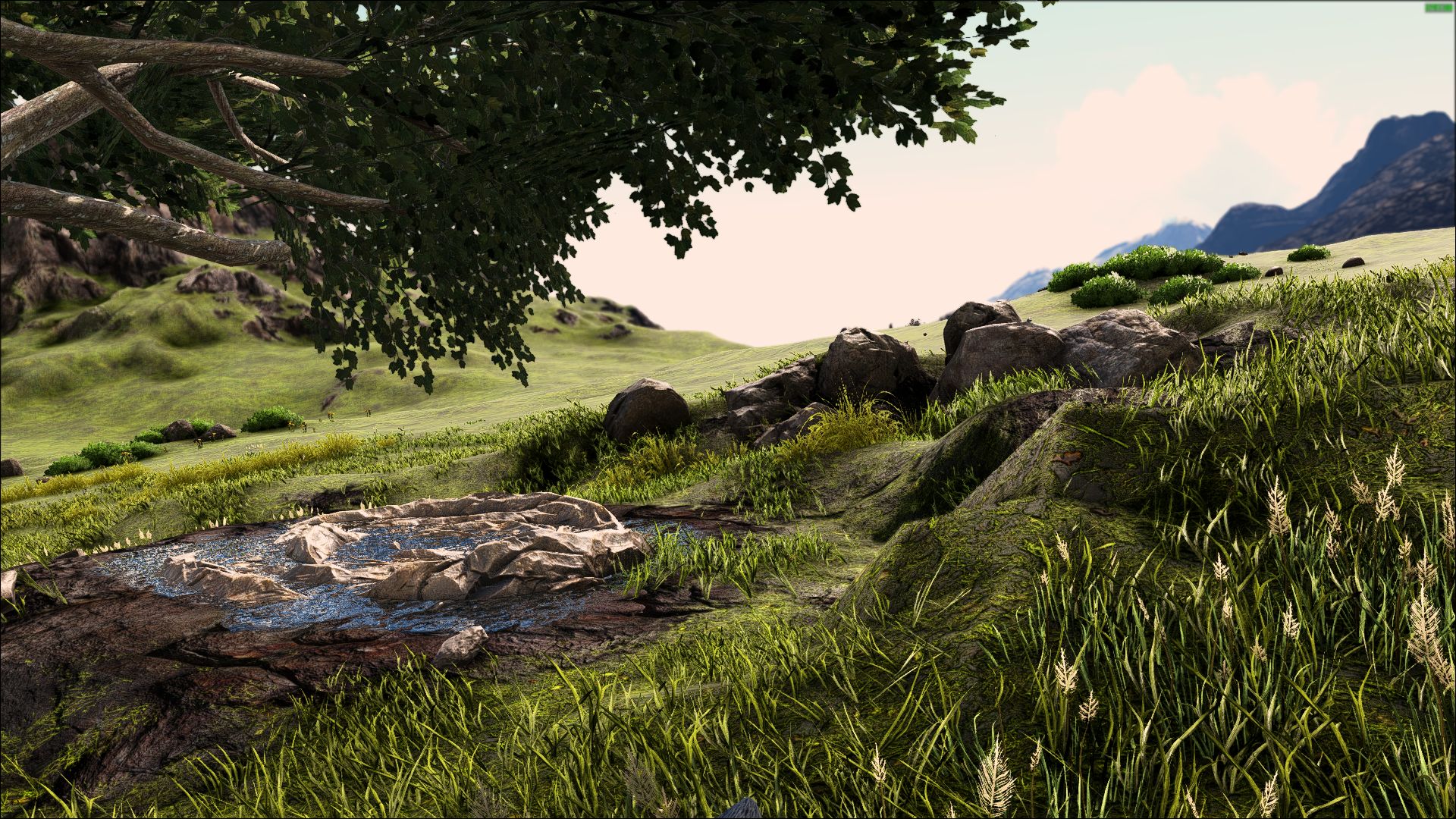 Although I have written some on this subject before, primarily in my essay “Sanctuary of the Catatonic Soul”, further thought about the topic leaves me feeling that there’s more I could and want to say on it.  It’s a concept so often mentioned among therians and otherkin, about being trapped in a human body, or being born into the wrong [species] body, or various other lines of species dysphoria.  But this isn’t in regards to my opinion of other people’s feelings like that—they have their own reasons for feeling those ways, as I have my own reasons for feeling the different ways I do about myself related to the topic of not being the “right species” physically.

Maybe it’s my zoologist mind coming through partially over the years, in combination with other developments in my mind, perception, and self, but I rarely feel “trapped” in my body and experience honest species dysphoria.  When I do experience it, it’s generally relatively brief (few hours, maybe a day, if even that much) and it’s usually related to some other emotional trigger that around that time probably lines my thoughts in strong cynicism in even being alive, and thus being alive as a human specifically.  My perspective is heavily colored by the complexity of my animality, all types and levels of it, from human to mongoose, horse, cat, avian, and even the minor touches of canine within me and all the animal-related personal symbolism and connections that ultimately fit into my mind, life, and self in a variety of diverse, intricate ways.

To be in the physical body of another creature could not satisfy me, it would not bring me more happiness than I can and do experience being the mixed-animal-being I am currently, in this life, in this human body.  Horse does not hold more importance or precedence to me than mongoose, or cat, or human, and I can’t even come up with a sufficient enough fantasy animal “hybrid” creature to represent and incorporate all of those animals into one that I would “want to become” if only there was some mystical, supernatural way I could become such an animal.  The thing is, I’ve realized that regardless of what I could come up with aesthetically, there is no “animal form” that could possibly suit me better and more adequately than what I already have now, in this life.

Yes, too many times I wish I could move, vocalize, socialize, and have body parts of my theriotypes, all of them, and it’s a disappointing reality sometimes to face the fact those things will not occur in this life (and even if I may end up reincarnated, I wouldn’t experience them within one lifetime).  It’s a harsh, disappointing reality that there are so few people I can come across whom I can socialize and behave in ways that express well and more freely the various animals besides human that I am inside, and the longing to have someone I can behave in such ways in person is a strong drive of mine, particularly recently.  But my human behaviors, thoughts, socializations, etc. are not just a façade I’ve pulled over me to present to everyone, therian or not—they are important and integral parts of myself, just as my theriotypes are.  Me as human is no less real and no less integral to me than cat, mongoose, or horse.

I spent portions of my life, especially a few years ago, viewing my body as such a superficial thing—that it’s something I am either ‘trapped’ in, or that I just am ‘held within’, as though it’s some form of cage to which the “true me” is imprisoned within away from the world.  My thoughts and experiences ever since then have brought entirely different views into my perception about that concept for myself.  In simple terms, my body is not a cage, it’s far from such a thing as that.  Human or not, the living body is a complex and immensely amazing thing, and the fact that it ties in so deeply with one’s soul—whether influencing, impacting, or allowing expression from the soul—it’s not a dungeon or a cage to me; if anything I think I’m returning closer to the idea that my body is a temple for and an integral (for the duration of a lifetime) part of my soul.  It is through a living body that I have the capacity to experience what it is to be an organism, a form of biological life, and more specifically Animalia life, and beyond that in this case, human biological life.

I don’t have any memories of the spirit realms, Otherworlds, or other non-physical realms, thus I do not know what it is like to live there without a physical body, but nevertheless, I believe that my body is something to be appreciated and respected while I have it.  I feel I really haven’t been nearly as grateful for having a body, and human body at that, as I believe I should be.  Though it’s not about being overtly benevolent to extremes regarding my body—it’s about living in it and embracing the fact that I have that capability, with all the good and bad that comes with it.

Yet how does this tie into my human body not being a cage to my other animal aspects?  It is because of some important parts of what it means for me to be human, some of which are things that I feel I wouldn’t be offered or capable of if in the body of any of my theriotypes (which are the animals I would be most likely to choose to be physically if not human).  To me, my therianthropy is highly psychological and developmental, though it incorporates some level of spirit into it, but just mildly.  Thus my therianthropy is deeply tied into my body through my brain, my senses, and other parts of my body, behavior, and life experiences as being in a human body.  I can only make assumptions and logical guesses as to how accurately my animal aspects actually fit the true, physical animals they are aligned with, and honestly, if my therianthropy is actually mainly or entirely psychological, then my perceptions of what it is like to be X,Y, Z animals are thus primarily that: my subjective perceptions based on whatever evidence and influence throughout my life.

For me to be ‘put in’ or shifted into the body of another animal, even if such a fantastical thing could happen, I would, especially at this point in my life, be abandoning some if not numerous deep parts of who and what I am.  How would I decide what animal aspects (which theriotypes, or which parts of each theriotype, as well as my human aspects) would be the ‘best’ to give up or which would allow me to be the happiest and most satisfied?  I don’t think I could even make a choice like that.  Being an animal-human has burned far too deeply into what is and defines me and who I am.  To be placed into another type of animal body would inevitably cut away some of that (if not a large portion), and though I would adapt, I still can’t help but feel I’m making the lesser yet better sacrifice by being human (even if I could supposedly have some alternative choice in the matter).

In my belief of how I am a therian, it’s ironically enough my humanity—me being human—that has allowed me to be other-than-human through my other forms of animality.  I am also, through being human, given the opportunity to connect to and work with other animal spirits, animal entities (physical and not), among various other parts of this world and universe that I may have little chance otherwise to connect with in some of the ways seemingly uniquely physical-human.  Would my proprioreception of myself, my body, be any more or less accurate and “right” if I was in another type [species] of body?  I really don’t know, but I do rather enjoy the comfort and knowledge of my animal fluidity and its diverse ways of being manifested and experienced by me.  Art, writing, music, zoological and other studies, human media entertainment (movies, books, etc.), among so many other things that are joys and pleasures to me that I couldn’t have if I was not human.

If I could be in the body of another animal type, and retain most or all of my soul—what makes me who I am—how am I to believe that I would be any more pleased and less dysphoric than I am now?  Would I not miss then what I could not have anymore—the life of being a human and what has come with that for me?  And if I could not feel such ways, then just how much of my soul would have honestly and actually been retained in the new physical form?  To take away that which makes me human is no less tragic than to take away that which makes me other-than-human.  And thus being in a human body does not make my non-human animality any less significant, and yet having that animality similarly does not make my humanity and human body any less significant.

More than any other point in my life before a few years ago (when I consciously recognized the concept of therianthropy), I have, through my therianthropy, learned better and come to appreciate better just what it means to myself to be human as well as to be non-human.  Who I am is a complex, multi-faceted spectrum of colors that I can’t bring myself anymore to, at least in good graces, trivialize and superficialize through worries and angst that my body does not match completely my self-perception.  Yet I also can’t help but wonder if it was not largely my body which allowed me to have this particular self-perception—for all its good and bad—through thought, consciousness, subconsciousness, memories, senses, logic, behavior, socializations, and so forth.  My body does not entirely define who I am—certainly not—but it nevertheless is a notable part of who I am, as a whole, and it is, I believe, a vastly important contributor to developing, shaping, and sustaining that which is me; uniquely me.